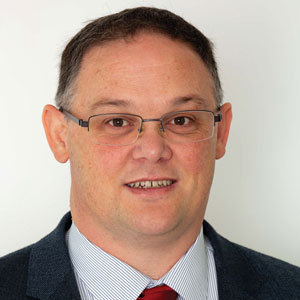 Geoff Nunan, Co-Founder
Within many manufacturing businesses, a contentious relationship exists between information technoIogy (IT) and operational technology (OT). Each sees the other’s work and objectives as a barrier to theirs, creating a zero-sum game that can make it difficult to move even the most promising initiatives beyond the concept stage.

In truth, IT and OT are highly interdependent of one another, with each working toward the same goal of empowering their company to operate in a smarter, faster, and more efficient manner. This is especially true today in the U.S. manufacturing sector, where global competition and regulatory pressures have forced these businesses to cut costs while keeping quality and productivity high.

Achieving such seemingly incompatible goals almost always requires technological innovation— which in turn requires bridging the gap between IT and OT, so that each team can fully understand one another and work together to do more with less.

Geoff Nunan, an engineer who has spent much of his career on the IT side of manufacturing, saw this same need for innovation unfold 20 years ago in his native Australia, when an open trade policy forced Australian manufacturing companies to work smarter if they wanted to stay in business.

“Aussie manufacturers either had to cut costs or be more efficient to compete with Asia,” Nunan said. “The businesses that optimized how they collected, analyzed, and acted upon data generated across IT and operations thrived, while the ones that simply reduced overhead and did nothing else are gone.”

Meanwhile, U.S. consultancies continued to consolidate, producing the large firms of today that are rigid, risk-averse, and typically tied to a single software provider. These firms also tend to offshore talent to control costs, usually at the expense of skill level.

“As Australian manufacturers were embracing the digital transformation, the big-four consulting firms were taking American manufacturers in largely the opposite direction,” Nunan said. “This has left the U.S. sector with few—and inferior—avenues for customized digital technology consultation.”
Niche Consulting Reaches America

In 2018, Nunan cofounded Spruik Technologies, a consultant and services firm that specializes in helping U.S. manufacturing companies align their IT and OT efforts to elevate business speed, efficiency, and cost performance through digital innovation.

Nunan leads his team with extensive experience in both IT and OT, bringing the ideal skill set to the table for getting both disciplines to agree upon the best path forward for all stakeholders.

“In Australia, ‘Spruik’ is a widely used verb that means ‘to explain the benefits of something,’ which is exactly what we do at this firm,” Nunan said. “We go in, learn a manufacturer’s unique innovation opportunities across IT and OT, and then clearly explain the positive impact our recommended solution will have on the business.”

The typical Spruik Technologies client engagement begins by conducting a Current State Analysis and Value Driver Assessment or Gap Analysis, prior to articulating the best path forward in detailed Technology and Project Roadmaps. Many clients also continue partnering with the firm through full digital solution implementation.

“We’re different from the big shops in that we bring in highly skilled people for the smart factory niche space, operating in a much leaner and more agile manner to deliver customized solutions at an exceptional value,” Nunan said. “And since my team is highly proficient in all the leading software platforms, we recommend the best fit for each client from the full menu of options, including Open Source.”

Nunan says Spruik Technologies is also geographically agnostic from a talent perspective. The firm has the unique ability to pull in expertise from a variety of innovation ‘hot spots’ worldwide where a particular technology is already established but has not yet reached U.S. manufacturing.

“Our consulting model has proven itself in many other parts of the world, and now we’re eager to extend these same innovation-enabled capabilities to American manufacturers feeling the pressure to elevate overall efficiency,” Nunan said. “And those who work with us soonest stand to benefit the most.”

Description
Offers manufacturing consulting and industry 4.0 services to manufacturers to improve the efficiency of industrial operations 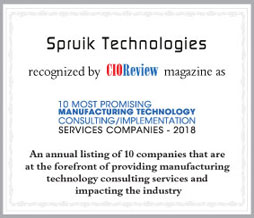 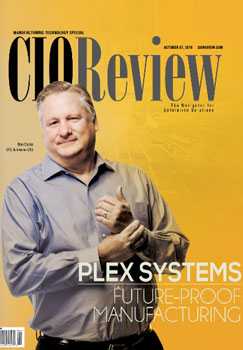