Be Change Ready in an Evolving Manufacturing Vertical

Be Change Ready in an Evolving Manufacturing Vertical 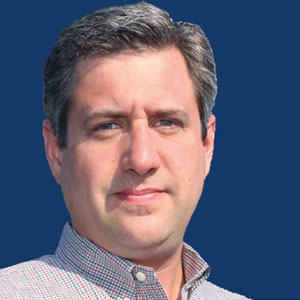 Fired…unemployed! And just four short years into your tenure as CIO of a three-billion dollar, global manufacturing company. You thought you did everything right? You’ve been reading CIO Review regularly and you followed many recommendations from your peers. You implemented many key systems with catchy acronyms MES, PLM, CRM, EDW. You even deployed most of those systems in the cloud. You killed Office and pushed everyone to Google Docs. You gave the sales team tablets to interface with the CRM. You embraced BYOD and you hired an enterprise architect from MIT. What the heck else could you have done!

Let’s do a post-mortem and then I’ll explain why this hits close to home for me.

At first glance, the CRM usage rate was abysmal. It turns out the sales team didn’t think the CRM software made their jobs easier so they’ve been using emails and spreadsheets to track leads rendering the new system virtually useless.

Mobile devices were liberally deployed. However it seems some supervisors on the manufacturing line started chatting with their friends on social media websites. Inadvertently their posts released trade secrets to the interwebs for all to see. Finally you probably should have clued in when that brick came through your window after you killed Microsoft Excel and moved everyone to Google Docs, but you were on a mission.

Here’s the real problem—buy-in from the key stakeholders was overlooked. No one was convinced as to why all of these recent changes were necessary. The result is another warm body for the unemployment line.

“As CIOs, especially in the margin-focused manufacturing sector, most of us struggle mightily to keep our stretched resources motivated”

Okay, the story above is a little dramatic, but is it really that outlandish? In fact the CRM portion of the story is pretty close to reality for me and my company. I knew that the CRM was a big shift for our sales team on many levels, heck I even told the implementation team to “focus on the culture shift.” But in the end IT went to its comfort zone of technical implementation and data loads. We “let the business handle the change management.” I saw it happening right before my eyes, like a slow motion car wreck. Not my best move… now, we’re correcting our mistakes with the CRM. We’ve already undone most of the harm, but we could have done so much better.

As CIOs, especially in the margin-focused manufacturing sector, most of us struggle mightily to keep our stretched resources motivated. Many of us have a staff that is inexperienced in change management and run from the word “culture” as if it is a deadly contagion. We find ourselves trying to deliver progress, while watching our expenses like a hawk and in the end, sometimes we as an IT organization go to our happy place which is usually our technical expertise. We know what a good communication plan looks like. We’ve probably learned at least a modicum about user-centric design. We have at least participated in good training programs, but somehow when the pressure is on and we have to deliver, we jettison the “soft stuff” and go for tool delivery.

I’m not going to stand on my soap box too much longer, because as I’ve already told you, I struggle with these pressures as much as you do. What I am going to tell you are my realizations which can only help you in your efforts regardless of your industry. As CIOs, we implement change. But the harsh reality is we’re generally pretty terrible at it. You’ve heard the stat from McKinsey which estimates that 70 percent of change programs fail. That’s why we can’t afford to keep approaching change the same way. We need to evolve.

Why listen to me? Because I’m not a researcher or a vendor or a consultant. I’m one of you. A little over four years ago I became the CIO at Laird, a global technology company which manufactures and designs components and solutions for the electronics industry. Keeping on the cutting edge of technologies is how we stay ahead of our competitors, but it also means constant change. When I started here, Laird was not a change-ready organization. We were many different companies sharing a single logo but not much else. It’s been an eventful journey, but thanks in part to a visionary CEO who focused immediately on changing the culture, coupled with a lot of hard work by many people; we are getting much better at it.

I would argue that that one of our primary roles as CIOs is to see these changes coming and proactively prepare our organizations for them. A recent study by the International Data Corporation projected that over the next three years the cloud software market will encompass over 20 percent of the worldwide software market. This impacts the way CIOs approach just about everything from software development, deployment, and budgeting to infrastructure planning and cyber security. Significant changes, like this growing movement to the cloud, are occurring more frequently than ever before. With this kind of acceleration we all need to prepare our organizations to be change ready.

Here are my tips for preparing your organization for change:

1. Prioritize your efforts—This is one of the most important and most difficult aspects of the CIO job. You have immense pressure to say “YES” to many pet projects and “strategic efforts.” Say “NO” too often and you will find yourself in the unemployment line for blocking progress. It’s a very tough balancing act. A good rule of thumb is to consider your personal life. How many major changes can you make at any given time? Can you move to a new country or state while changing your job and learning a new language? You can, of course you may lose your mind in process! An organization is similar to a human being. You have to pick your battles. One or two major changes at a time are enough and one must do it at a pace slow enough to allow the company to absorb and accept the change.

2. Communicate, communicate, communicate—Develop a communications plan by identifying all of the different audiences touched by the change. Figure out what motivates them and what scares the hell out of them. Remember change must be sold into more than two-thirds of the employees if you want it to gain momentum. Who will be a champion? Who will be a blocker? How will you train a thousand people to do something? It takes thought, planning and constant reiteration. If you think you’re over communicating something, chances are that you’re barely on most people’s radar.

3. Follow through—Declaring victory too early means people can go back to their old habits. Follow up, track progress and then follow up again. You’re never out of the change business. Own it, live it.

As I said earlier, I’m no researcher on the subject of change. I don’t have a patent pending on the approach outlined above. I’m simply saying if we continue to operate as we have for the last decade then our careers may be short-lived. Change is only going to happen more and more frequently, and we need to arm ourselves and our employees now to come out ahead.

Hybrid Work Has Forever Changed The Need For It In Ramboll

How T-Mobile brought an Un-carrier approach to tech hiring

Great Expectations: Balancing the diverse needs of a city in a...

"Discovery and Delivery" - An Approach to IT Workload Balance