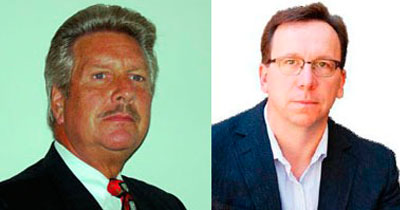 Juha Renfors, CEO Robert Axtman, CEO, VCNA
For Juha Renfors, CEO, Visual Components, the art of keeping things simple finds its way from being a personal tenet, to one that seeps into the functional areas of his company. The genesis of Visual Components began with a passion to make simulation systems better, and it is the same passion that is creating ripples in today’s industry. “We now have close co-operation with some of the biggest manufacturers and production line builders in automotive, aerospace, pharma, and laboratory automation,” states Robert Axtman, CEO, Visual Components North America.

“Globalization is having a major impact on today’s manufacturing industry, down to the price of goods,” remarks Renfors. Manufacturers are forced to cut cost in R&D, making it difficult to take optimal decisions on fast changing consumer needs. “Visual Components addresses this challenge by helping companies choose the right level of automation and optimum usage, thus minimizing manufacturing cost per unit while staying agile,” Renfors reveals.

Visual Components allows customers to choose from either a library of ready-made solutions or a customized OEM toolkit to suit their needs.

3DAutomate—the company’s flagship product is uniquely positioned; it contains all the features required in production simulation, like in-built Programmable Logic Controller validation framework and offline programming. 3DAutomate was created to fully support the automotive industry’s complex demands, and the patented technology behind it is refined to the last bit, making it unique in the world of simulation engines. “Developing an easy-to-use simulation platform maybe a common metric for many organizations, but where Visual Components differs is in its goal to develop software for production simulation that is simple and fun,” claims Axtman.

When it comes to their OEM products, if a particular client faces any limitation with the toolkit, Visual Components bridges the shortcomings through direct collaboration with OEM partners. For clients who are unwilling to model their own equipments, the company provides modeling services directly or through their extensive partner network.

Visual Components stands out among its competitors by being the only simulation vendor to provide tools for small, medium, and large enterprises. It is also the most open and easy platform for OEM providers, allowing them to concentrate on the technology and business they know. Although using the Visual Components suite of products is beneficial in simulating ideas and concepts for new designs, it is not reserved for that facet of an enterprise development plan alone. This is especially true for system integrators that produce products consisting of various pieces of automation and equipments. This is where companies can use Visual Components to discover how to improve what had been designed, built, and deployed in the past by using new methods or processes to increase production or reduce costs. “Using the functions and features built into the specifically developed products, both sales resources and engineers alike can create ‘what if’ scenarios to determine optimized manufacturing processes as well as establish BOM for procurement,” says Axtman.

For JOT Automation, a leading supplier of production and test solutions, the use of Visual Components in sales processes directly influenced the time spent on creating sales proposals. The client’s quotation and review processes became seven times faster after they started using Visual Components.

Visual Components is the most open and easy platform for OEM providers, allowing them to concentrate on the technology and business they know

Keeping a futuristic outlook towards 3D manufacturing simulation, Visual Components is currently updating their user interface and workflow to make sure it supports the latest technologies in immersion and interaction. “We will make 3D production simulation as commonplace as 3D CAD is today,” concludes Axtman. 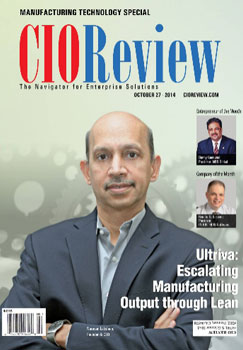