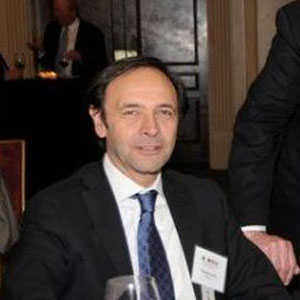 Many years ago I was a young Plant Manager in a huge Production facility in south of Italy, belonging to a well-known OEM. At that time the Company had decided to start a journey towards Lean Manufacturing and a Japanese University Professor, a guru in Lean Processes, had been hired to assess our facilities.

The plant where I was working was chosen as the first one in the group to be visited, so I had the “Professor” coming one day to my office. I didn’t have a clue of what he had in mind to ask me, which check list he was going to use, but I prepared all the numbers and graphs ready to answer to any question.

The “Professor” entered my office for a quick espresso and ignoring all the folders I had on my desk, he requested to go directly to the shop floor.

So, leaving all the paperwork I prepared on my desk, we went towards the Final Assembly building and he asked to me: “Mr. Risi, how many forklifts you have in your Plant?” I looked at him and before answering, I thought: “why a Professor comes from Japan to ask me how many forklifts I have? Shouldn’t we be speaking about Productivity, or Quality?”

But finally I gave him the answer, the number exceeding 100, and he raised his eyebrows and exclaimed: “Too many! Disaster, Big Disaster!!!”—leaving me midway between a shocking surprise and the question: “how else should I feed the line with components?”.

In the years that followed, I had a great collaboration with the Professor and many concepts became clearer to me, including the comment about forklifts it became very clear to me how using forklifts jeopardizes the one-piece-flow concept, creating complication to the workplace layout and increasing the level of non-value-added activities for the operators.

This episode remained vivid in my memory, being an example, in my opinion, of a plant manager who was not able to see all of his plant’s losses and their root causes. In all the various experiences I had in my work life, this became evident as an absolutely pivotal point: if you’re aiming to implement a lean process in your facilities and make it as a real way of life, the plant manager and his team have to be able to comply with each of the following points:

Now let’s consider that managers are people who feel a high level of responsibility for their role and this is normally seen as a strong attitude to face all problems that may come out of the blue even taking this as a personal challenge. So they have a great memory of the big problems and focus their attention on them, up to the degree that under a certain alarm level, a failure is considered normal, acceptable and even inevitable. If you make the experiment of asking them which are the five most important problems they are managing, they will clearly make reference to the most harmful episodes of last three months, completely ignoring the losses under the alarm level. Only after a very detailed analysis of their processes, jointly with their Team after being educated on using Lean analysis tools, will they discover an unexpected Loss Pareto that will give them the right priorities.

Plant Manager plays a real Pivotal role and his footprint in the facility is always evident. With his (mandatory) commitment and his capability to follow the steps listed before, it becomes tangible that an effective application of Lean principles is possible, with a concrete impact on Safety, Quality, and Cost.

The 5 questions you should be asking about legal tech

Technology as a Tool to Aid the Legal Function

Building On Your Legal Tech Journey

Enhancing Productivity of Lawyers with Technology