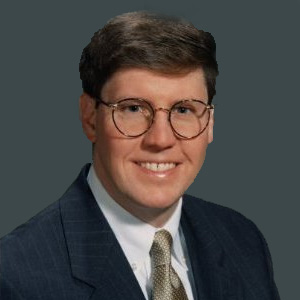 Over the last several months, suppliers, vendors, and manufacturers that support the hardware and software needs of the U.S. Department of Defense have been scrambling to replace current contracts that are ending or will end. As the U.S. begins to bring troops home from Afghanistan and Iraq, the needs of the Department of Defense are beginning to lessen. Consequently, this has those companies that support the D.O.D. on edge as they begin to seek alternatives to their existing contracts in order to retain profitability, their workforce, and their market share.

While the D.O.D. is slowing ramping down its projects, the U.S. Department of Energy has been ramping up several large federally funded projects for which they critically need suppliers, vendors, and manufacturers. In fact per the D.O.E., because they cannot find enough suppliers implementation during construction requires using NQA-1 qualified vendors and suppliers. The current vendor base in the United States poses challenges for many DOE and commercial facilities. The D.O.E. notes that the existing gaps in the vendor base in the United States are a result of the contraction of the nuclear industry that took place after the Three Mile Island accident in 1979. As new plant construction halted, many U.S. vendors either consolidated or went out of business. And per the D.O.E., the disappearance of some of these capabilities in the United States has left no alternative to reliance on foreign suppliers. For example, there is only a limited number of suppliers worldwide capable of manufacturing heavy forgings for reactor vessels. In recent years this has led to lengthy backlogs as more facilities around the world have initiated construction. And, the D.O.E. needs suppliers that are compliant to ASME NQA-1. Since foreign suppliers are not required to follow NQA-1, which is an American industry standard, organizations purchasing foreign equipment can conduct a gap analysis of the standard used against NQA-1 to demonstrate equivalence. A commercial-grade dedication process can also be employed to assure the quality of foreign equipment. For DOE facilities, the use of foreign suppliers is also bounded by national security concerns an regulations.

According to the D.O.E. the current gaps in the U.S. vendor base manifest themselves in one of two ways:

1) in some parts of the supply chain or construction industry, there are not enough vendors with NQA-1 programs
2) those that had active NQA-1 programs in decades past often do not have recent experience in the nuclear industry and do not understand the associated rigor.

So what is NQA-1? And, what projects are occurring right now with the D.O.E. such that suppliers, vendors, and manufacturers can take advantage of if they implement an ASME NQA-1 Program?

First, ASME NQA-1 is a national consensus standard for quality assurance and safety for nuclear applications, structures, systems, and related components to the nuclear industries and facilities. The American Society of Mechanical Engineers began the development of what we know now as ASME NQA-1 back in the 1970s. While possessing some similarities with the ISO 9000 family of standards, there are key differences. ISO enables companies to make their quality assurance relevant throughout the company and such that it results in customer satisfaction in the end.

Your website is the face of your company and is the most important...

How Opendoor has evolved its approach to construction management and...

Basic And Applied Research In Aerospace Sciences At The Office Of...

CRM: The New Center of the Marketing Universe